Automated Airdrops in your wallet

Without all the work

Be the first to hear about regular & exclusive crypto airdrops 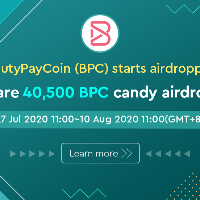 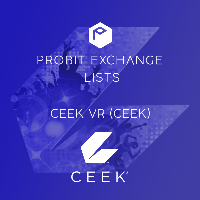 First of all, welcome to the wonderful world of blockchain!

We're happy you made it to Airdrop Alert in your quest to find crypto airdrops. Meanwhile, we are here to help you navigate through the technical hurdles you might encounter as an early adopter.

Firstly, have a look at our knowledge base. We have several guides and step-by-step tutorials available to get your started with earning cryptocurrency.

If you feel we are missing anything urgent, don't hesitate to contact our support by submitting a ticket in your airdrop dashboard.

Moreover we hope you enjoy collecting the token giveaways as much as we do! Now go ahead and collect some free tokens!

A​ ​crypto airdrop​ ​is​ ​when​ ​a​ ​blockchain project distribute​s free​ coins or​ tokens to​ ​the​ cryptocurrency ​community. Airdrops are commonly used as a marketing strategy for blockchain start-ups.

To​ ​receive airdrop tokens, you can just hold Bitcoin and wait for the free crypto to arrive in your wallet. Examples of these "holder airdrops" are Byteball, Stellar lumens and OmiseGo.

Generally, the​ ​format​ ​of​ ​these free cryptocurrencies​ ​usually looks like this:​ ​At​ ​a​ ​pre-announced​ ​time​ ​the​ ​project​ ​behind the​ ​event​ ​will​ ​take​ ​a​ ​”snapshot” ​of​ ​the​ ​blockchain,​ ​and​ ​anyone​ ​holding​ ​Ether or Bitcoin​ ​at​ ​that​ ​point​ ​will​ ​receive​ ​a certain number​ ​of​ ​free​ ​tokens.​ Additionally this can also be done on other blockchains, but Ethereum and Bitcoin are the most used for this airdrop format.

Currently the most common crypto airdrops require a few simple social media task. These ICO's use an airdrop as a viral marketing technique. Example of this format is BRD and Bitsdaq airdrop.

The last one is called a candy giveaway, which is the Chinese synonym for airdrop.

Many cryptocurrency airdrops have a referral system in place, which allows your to earn more tokens. Read our tips & tricks on how to optimize your income with referral airdrops.

A Hard fork is a less common, but well known way to get free crypto. At a certain block number, a chain hard fork's in to two separate blockchains. When both chains get miner and community support you now have 2 separate coins! The most famous examples of this are Bitcoin Cash & Ethereum Classic.

Exclusive airdrops are hosted and managed by Airdrop Alert. If you are a blockchain start-up looking for help with your campaign, request an exclusive airdrop by AirdropAlert.com and you'll surely get real users.

In Addition, crypto bounties are also a popular way to earn crypto. There is a bit more effort involved to become a bounty hunter. However, if you want to find out more on the differences between Airdrops and Bounties you can find it in our blog.

Every airdrop has a different set of rules.

The current trend with new airdrops require retweets on Twitter, usually you need a minimum amount of followers. Make sure you have active social media accounts to be eligible for these free crypto tokens.

Today most airdrops require join a Telegram channel so make sure to download the Telegram app.

Other possible requirements are:

When you login to your Airdrop Dasboard, make sure to connect your social accounts in your profile. Which will make it easier to join our Exclusive airdrops.

Check your wallet address regularly to see if you received surprise airdrops. Platforms like Waves, Komodo or EOS have delivered free airdrops for their native coin holders without any prior announcement.

However, it's not all fun and games when it comes to these crypto giveaways. We explained the most common problems with airdrops in our blog.

With the new technology of blockchain, new possibilities are born with it. You can now easily earn crypto from home by collecting airdrops & bounties. However it's not the only way to make money from the comfort of your own couch.

We've covered blogs to teach you how to earn cryptocurrency from home, whether it's with airdrops, bitcoin or ethereum. Have a look, and start earning!

Community building is most important for any start-up, not only the ones in the blockchain space. Proof of community is valuable for ICO's, STO's and IEO's.

By doing an airdrop or bounty the project creates awareness about their ICO or token. As a result, it brings people to the project that otherwise would not have heard about it. In addition it leads to token price appreciation, since people value a asset they own higher than a token they don't own. This is called the endowment effect.

Furthermore airdrops and bounties create a network of people who own the tokens. If you would list the token distribution after an ICO in a pie graph, a large part of the pie is still owned by the Developers or team. Another large part is owned by people who joined the pre-sale. Lastly, a reasonable part is owned by people who invested in the ICO. Therefor, an airdrop adds an extra slice to the pie and that slice will have the majority of people in it.

A free coin also plants a seed in your mind. When looking at cointrackers, you'll see a list of thousands of coins. However, if you own a coin that name is still in your brain. The seed is planted and whenever you check cointrackers and scroll down, the name of the free e-Coin will jump out and people will check how it's doing. If they see an article that the free e-Token is doing well or bad, they are more likely to click it if they own it or previously have owned it. It's just like advertising!

We currently see that projects are concerned about upcoming regulations for blockchain and airdropped coins. Therefore we see a rise in airdrops and bounties that require to pass KYC. At Airdrop Alert we provide a solution for this. KYC with us once and you will be KYC verified for all exclusive airdrops we host.

If you are scrolling through our website, you might run into "unverified airdrops". These airdrops did not pass the approval of our due diligence team. This does not mean they are instantly labelled as "scams'. However, we could not find enough verification points to list this as an airdrop for our users.

We strive to post safe and legitimate free coins for our community. This way you, as a user, can get the best airdrop experience!

Exclusive airdrops are only for AirdropAlert.com subscribers.

We host special airdrops in collaboration with ICO’s and IEO's. For which we're responsible for the registration, distribution and promotion of these promotions.

Over the past two year, we've hosted campaigns for over 40 ICO's and will bring you more soon.

Are you an ICO that wants to do an Exclusive airdrop with us? Find more information here.

So now you have free crypto, what do you do? Easy, log into your dashboard account and trade your tokens straight from your dashboard!

Many coins that do giveaways are PRE-ICO or just finished their ICO. This often means it is not traded yet on the bigger exchanges. You can check out our exchange page to see where you can best sell your crypto airdrops and bounties.

We suggest you make an account at all exchanges we listed so you can easily sell and receive your crypto coins.

We hope you join as many airdrops as possible and that they increase in value over time. It might be the easiest way to work from home. Many projects that are now top 40 coins have done airdrops in their early stages, like NEM, DECRED & Ripple. You don't need to immediately sell your free crypto, there is nothing wrong with being a HODLer.

Not all crypto can be stored in hardware wallets. We advise you to store your coins in wallets where you control your private key. You don't want your free crypto to be stolen! Read our 6 (and a half) tips on online security here.

To avoid scams we have a few general rules:

If you are looking to store your coins on an online wallet, we have written several beginners guides to set up Ethereum, Bitcoin, Litecoin & Ripple wallets.

We want you to safely store the free crypto you collect and will try to guide you along the way.

Log into your Airdrop Dashboard for a better experience collecting free cryptocurrency. We created a few options for the novice and experienced airdrop hunter.

1) Profile: Create a profile and connect your socials. When you join our Exclusive airdrops your social usernames will be pre-filled, which means a faster way to join airdrops and less room for errors!

2) Airdrops: A cleaner display of airdrops, with interaction possibilities like up & down votes and commenting.

3) Referral tracking: See you all of your referrals of several airdrops with one click.

4) Wallet: Add your Ethereum wallet so you can see your token balance with one click! Easy to track if you have received your ERC20 tokens.

5) Ticket support: If you run to any issues or have any questions, create a ticket and our team will get back to you within 3 business days.

6) Trade some of your airdropped tokens, straight from your dashboard with our integrated partner DDEX.

We like to keep you up to date on the giveways we previously promoted.

Therefor we have create the first airdrop news section. Here you can find updates on distribution events, exchange listings our relevant project updates.

If you want to keep our community in the loop, don't hesitate to submit your news here.

In addition, the more elaborate pieces are posted in our popular blog section. You can find funny lists, like most valuable airdrops in history. Or breakdowns of projects, like the history of BitTorrent.

We strive to keep our website free of scam projects. Our team provides research behind each coin we list. However, it is still possible we miss a scam project. Recently some projects changed their google form asking for private keys after we list them on our website.

We reward people with $5 worth in Ethereum if you email us about a scam on our website under active or upcoming airdrops. Help us keep our site clean and prevent other people to be a victim of a scam. Login to your dashboard and contact us through our ticket system.

Do you want to publish your project in our list of airdrops?

Our team is experienced with airdrop marketing and advertising. Your campaign is in good hands with us.

To apply for listing is quick and easy. Within a few minutes you can finish the process, sit back and wait for us to drive real traffic to fill your airdrop.

Go ahead and submit your airdrop!

Looking to outsource your campaign completely? Apply for an Exclusive Airdrop!

Get started with Airdrops!
i
Your experience on this site will be improved by allowing cookies.